Any wedding photographer in Rome knows the magnificent Red hall where the official wedding ceremonies take place. It is situated on the well-known Capitol Hill, in the historical palace. The Capitol Hill is one of seven historical Roman hills and since ancient times it was considered the center of all Roman Empire. The Red hall is decotated in the Renaissance style, with ancient furnitures with rich tapestries and, of course, nowadays it is one of the most beautiful wedding halls in Rome! 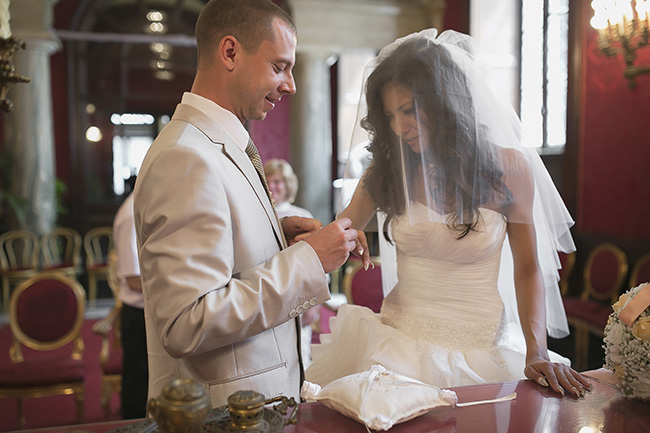 Today on 3rd of August and Gennady and Olga are getting married here. 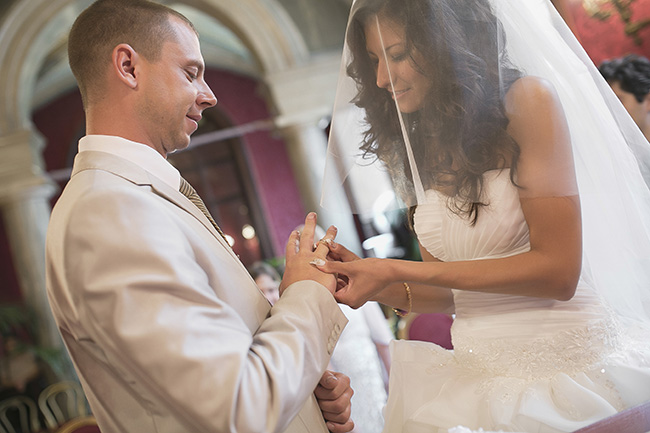 The young couple is worried. 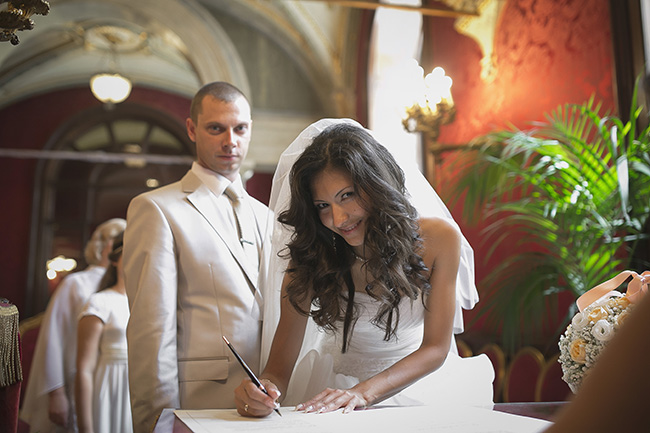 Usually the ceremony lasts no more than half an hour. The Italian ceremony officials quickly pronounce words. 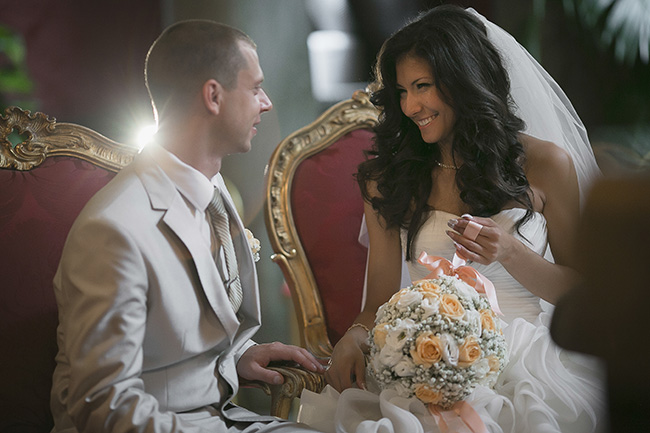 And here after mutual consent and an exchange of rings it is possible to relax. 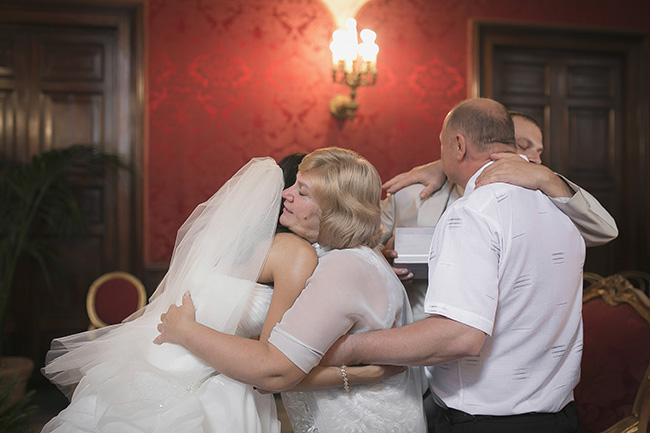 Congratulations from the family and friends. 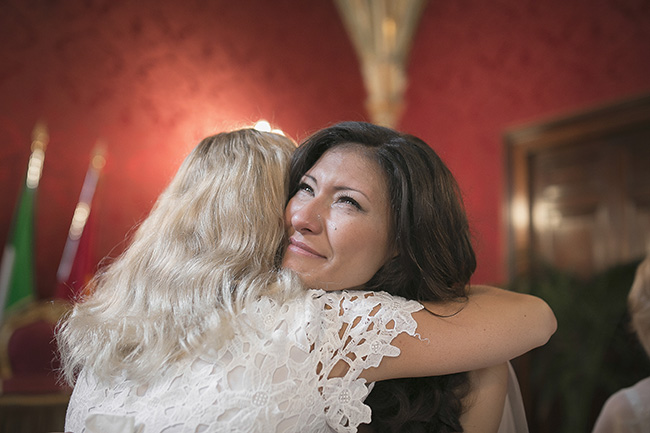 There are tears of happiness and many emotions. 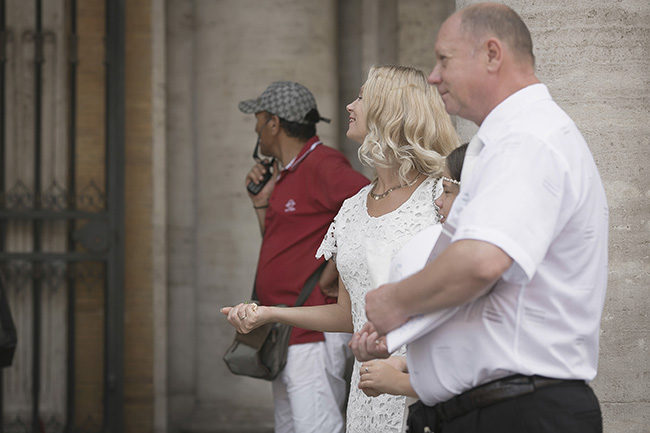 A bit later, we already waited the couple outside. 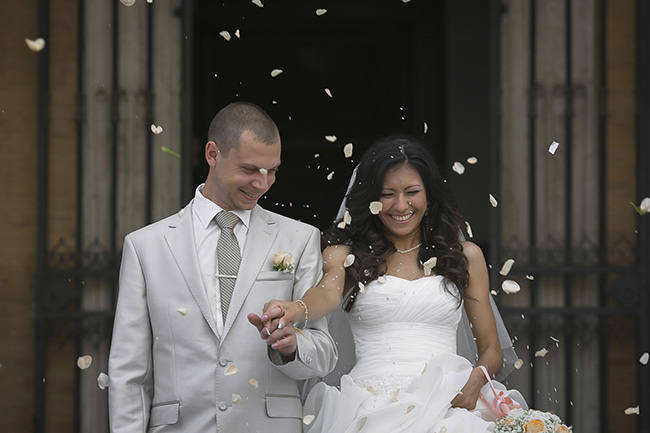 I like the Capitoline hall as many architectural monuments and excellent locations for shooting of a wedding in Rome are very close to it. 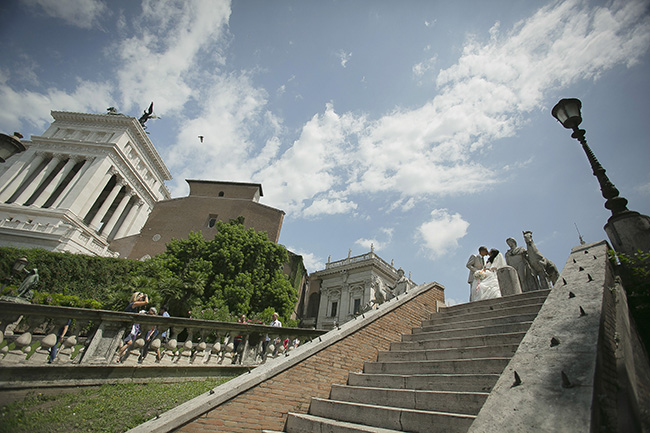 With the arrival of Christianity the Benedictine monastery and church Santa – Maria – in-Aracheli were built on the hill and it has become the most visited church in the city. 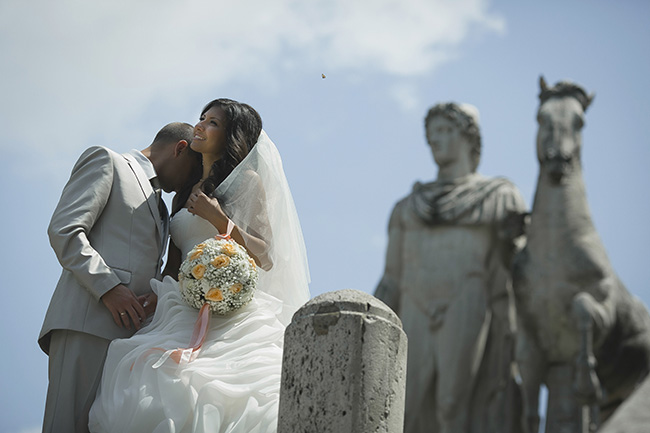 In Italy when it comes to marriage people get very friendly and positive. Many of them greet you in the street wishing you happiness , others ask to be photographed together. 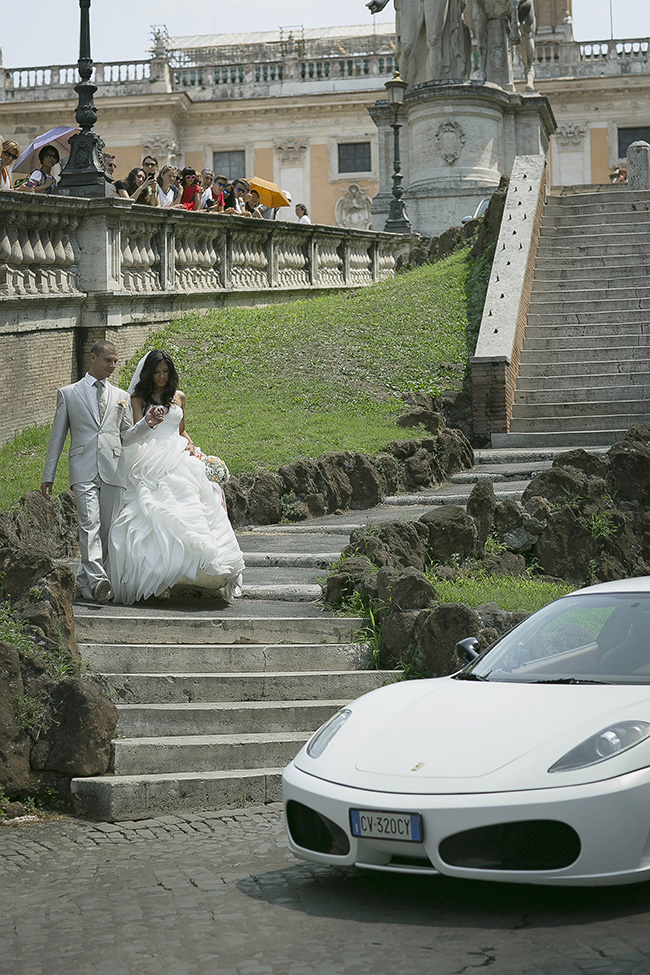 On your wedding day, you can book for yourself a Ferrari and sweep with the bride along the Eternal city. 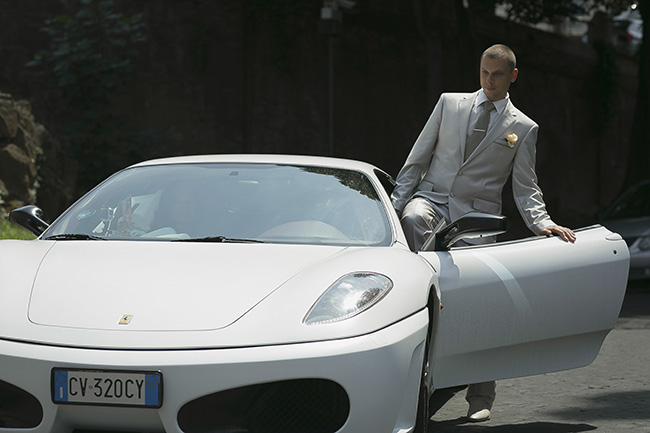 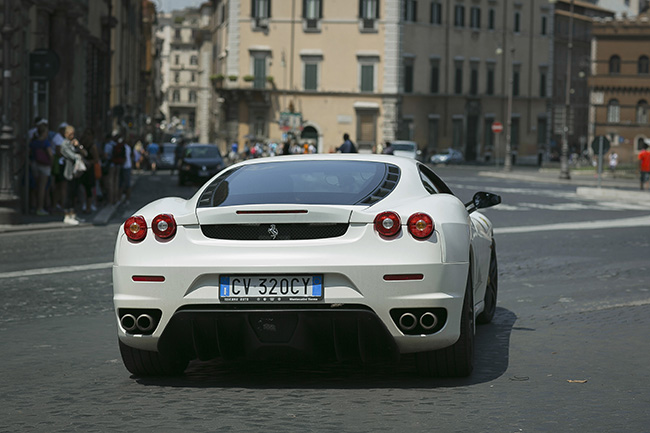 You cant compare a motor roar to anything! 580 horsepowers! The maximum speed is 320 km/h 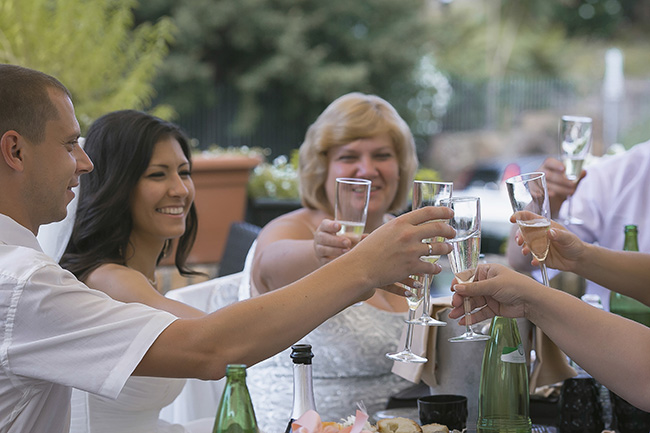 Not far from the Roman Forum we stopped to have a bite. 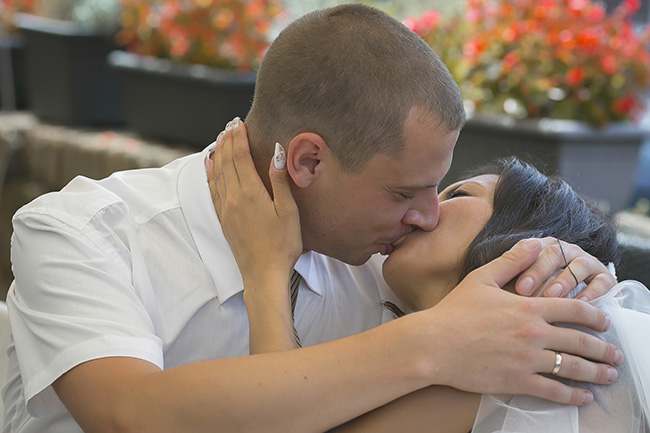 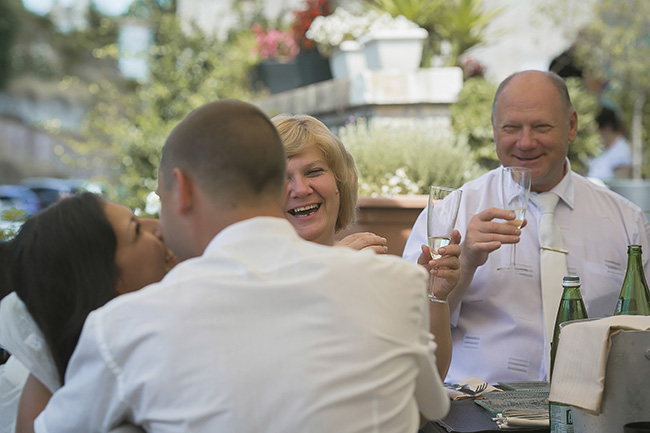 In each region of the country you will be offered unique dishes which, will bring true pleasure. In Rome there are many dishes which you won’t find anywherelse, or, in any case, in other places they will be not so tasty. For example fiori of di of a zucca ( which are zucchini flowers) filled with mozzarella and anchovies. 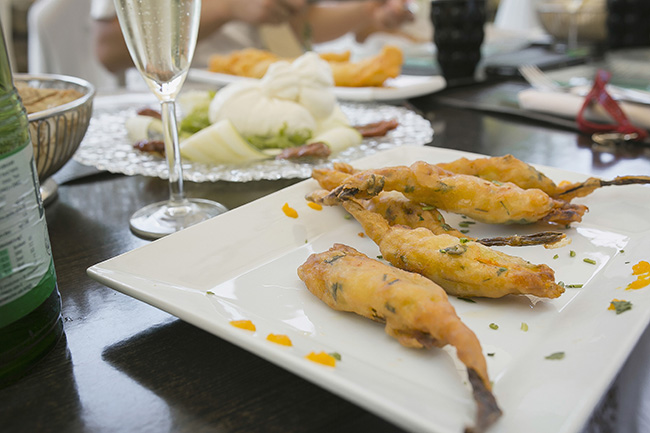 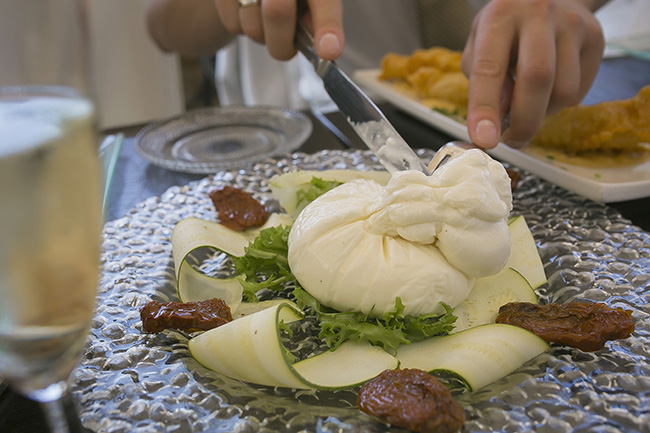 After having had a bite, we continued our walk around the city. St Peter’s Cathedral. 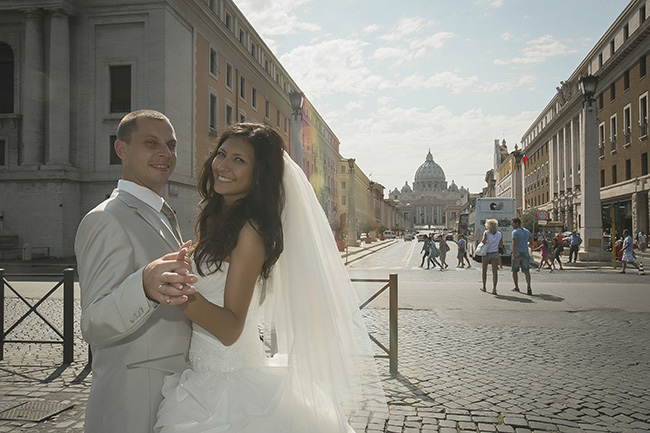 Saint Angel’s Castle – this mausoleum of Adrian was constructed by the emperor it approximately in 123 g AD. 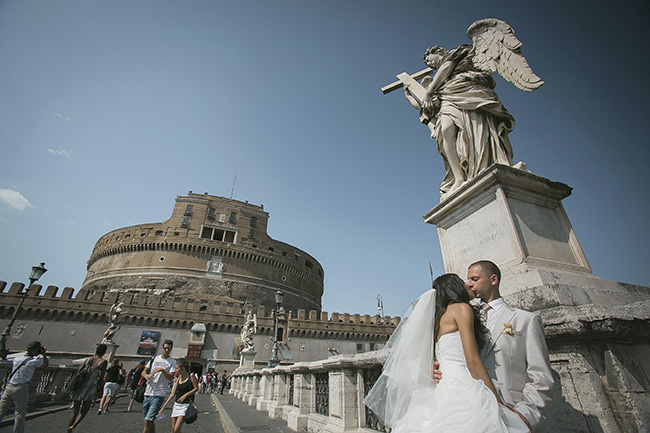 Over time this castle was turned into the fortress which became strategic object in Rome. 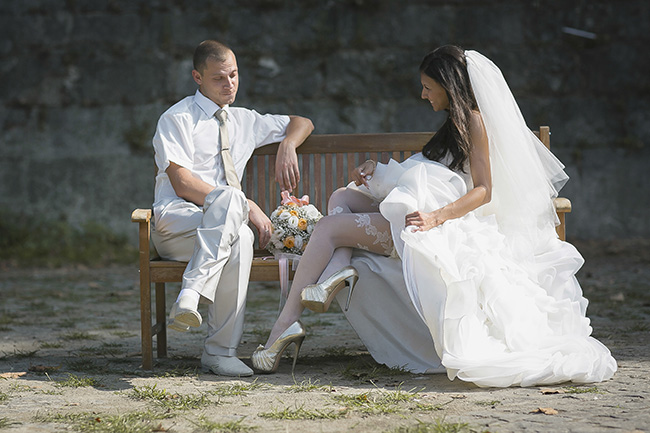 We went down and walked along the river Tiber. Lungotevere-it is the embankment along the Tiber River built instead of buildings along the river bank which took down because of constant floods. We Passed under Saint Angel’s Bridge… 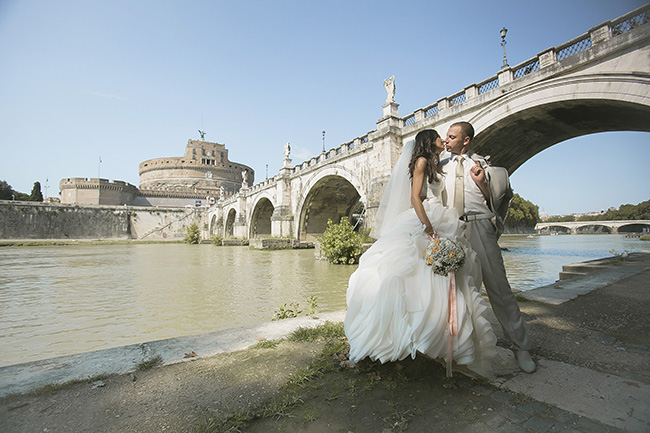 Walking along lungotevere it is possible to see pier where small ships ply across Tiber daily, going every half an hour from Tiberin’s island, to get on which it is possible from Garibaldi Bridge and St. Angel’s Castle. 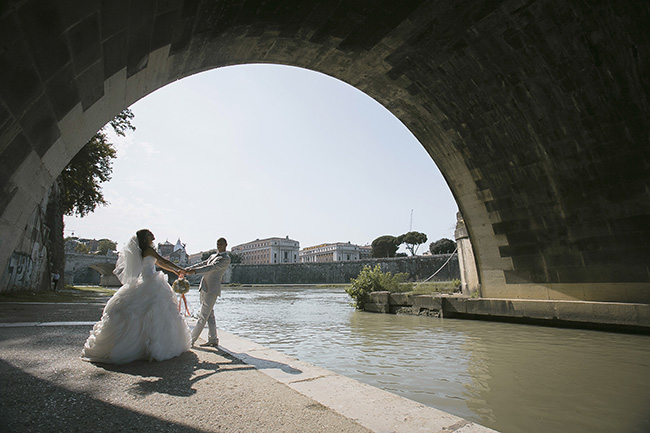 The cost of the trip is 14 euros for adults and 10 euros for children. 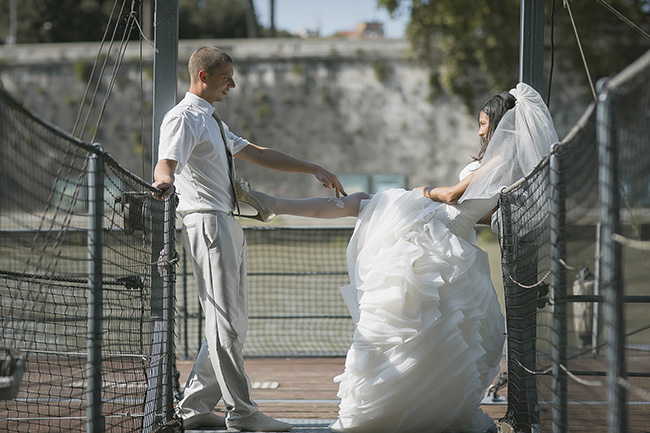 Well and of course Colosseum! 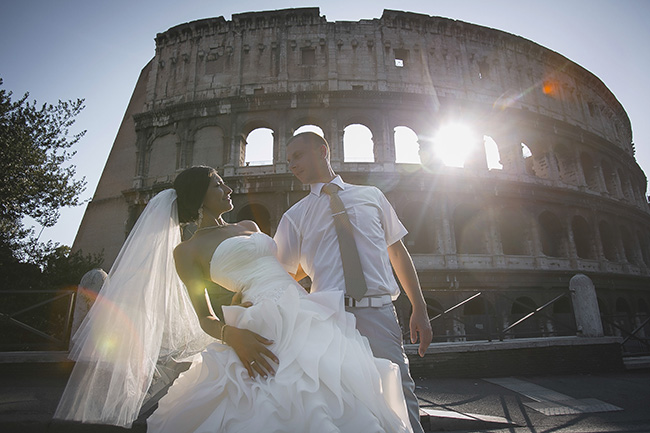 By the way, if you plan visiting the Colosseum in advance, it is possible to buy tickets on-line http://www.coopculture.it/en/colosseo-e-shop.cfm

With such a ticket you avoid waiting for your turn in a long queue! 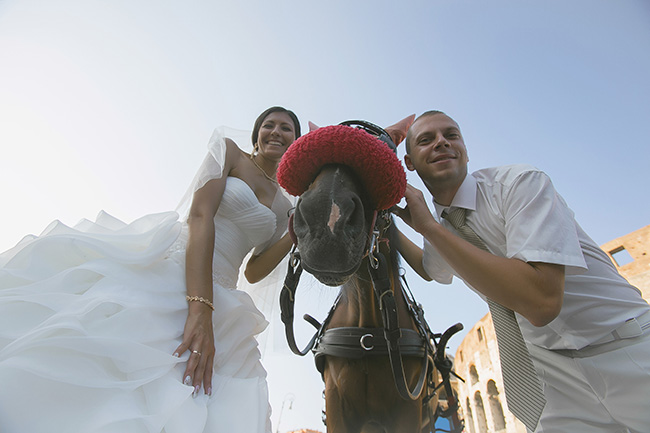 In this case you should: 1. pay the tickets 2. to choose the option print@home 3. to print out tickets 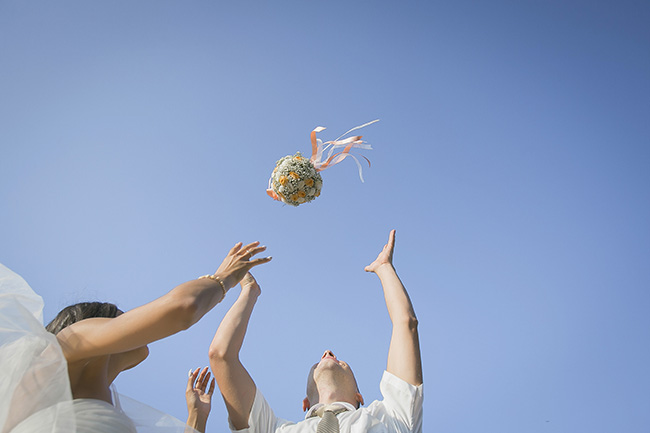 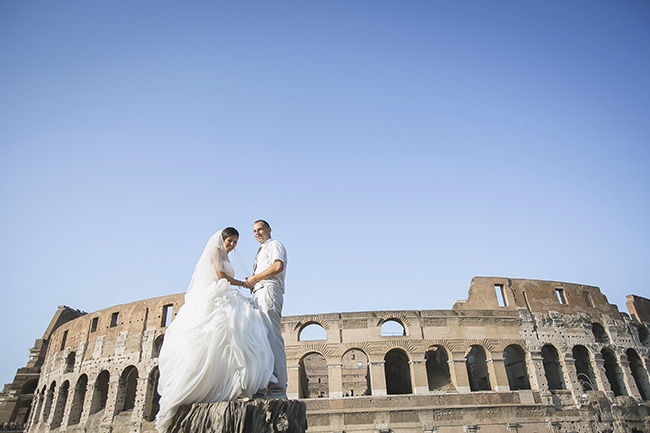 On this our shoot of the wedding in Rome has finished. We wish you happiness,Gennady and Olya!